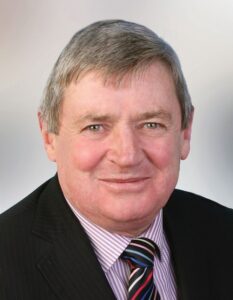 Gerard was first elected to office in 1992 and subsequently to the Dáil in 2002-2007. He is married to Marian and they have two adult children. While in the Dáil, Gerard served as Vice-Chairman of the Justice and Equality Committee. Originally in politics because of involvement in Community Development, Gerard is a founder member of the IRD Duhallow. He has also worked overseas in Namibia and Albania with the National Democratic Institute. As well as this Gerard has collaborated on many occasions with various community and sporting groups in the Kanturk and Newmarket electoral areas to secure funding for various community projects such as Newmarket community playground.