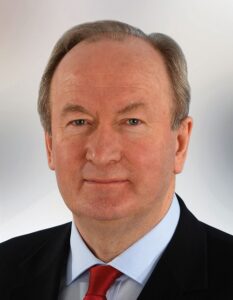 A member of Kerry County Council since 2009, Jim was first elected in 1985 to Tralee Urban District Council where he served for fourteen years. Married to Sheila they have three children. Jim has been politically active for many years and is a founding member o f Young Fine Gael. Jim’s priorities include attaining university status for Tralee IT, to enhance the town’s ability to attract major employment within the IT sector. Among his many achievements has been the development o f the Wild Atlantic Way as a tourist attraction. Jim is Chairman of Moyderwell Mercy primary school in Tralee, and sees education as a necessary key to provide people with the skills required to fill jobs. He is also a strong lobbyist for issues such as the Tralee bypass and also for the development of the Regional Airport at Farranfore. A sports fan, he is a member of Austin Stacks football club.