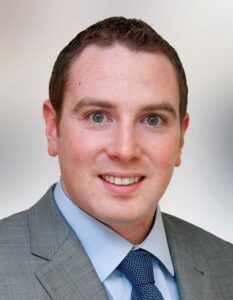 Patrick is 26 years old and from Bennettsbridge, Co Kilkenny. He comes from a family heavily involved in politics and is the son of Senator Pat O’Neill. Patrick has always had an interest in politics and has been involved in canvassing for elections since 2004. Patrick studied Construction Management and Engineering in the University of Limerick until 2010 and with no jobs available at the time he pursued further study in Kildalton College. He currently works for Bord Bia as a farm auditor for the dairy and beef quality assurance schemes. At a local level Patrick is a playing member of Bennettsbridge GAA, East End Utd and Borris Golf Club. He has served as both PRO and Secretary of Bennettsbridge GAA and spent a year as PRO of the Northern Board in Kilkenny. Patrick has been involved in training many underage teams in both soccer and hurling over the last number of years. Patrick welcomes the independent review on the Pylon issue and will work with all local groups in their opposition to the over grounding of cables. Patrick offers a fresh, new voice in local politics and will work tirelessly on the ground for all areas of the community.