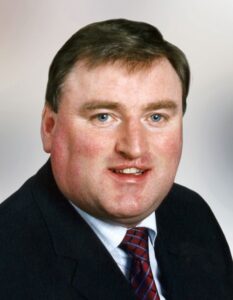 Tom was first elected to office in 2004, and was subsequently re-elected in 2009 & 2014. He is a very active, well known and capable member of his local community.

Tom is a reliable and hardworking councillor. He has many pressing local issues he is keen to see addressed. He wants to see smarter travel for his area, and also wants to target support and Government funding for the Ireland West Airport at Knock. Another priority is to acquire CCTV facilities for Claremorris town, along with the promotion of local security. Job creation is also imperative as is local tourism development. He also will continue to lobby for the new Primary Healthcare Facility and also for the upgrading of Claremorris Sewage Scheme. Encouraging young farmers to work and stay on the land is important to him. He will continue to work hard as he has always done for the betterment of all within his local electoral area.