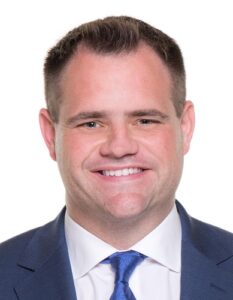 Ahead a series of engagements at Westminster this week, Fine Gael Senator Neale Richmond has urged UK politicians to provide detailed solutions to the problems posed by Brexit.

Fianna Fáil's ever-changing stance on Brexit shows a clear lack of understanding of how the negotiations are actually run and the processes required, a Fine Gael Senator has said.

Fine Gael Senator and Spokesperson on EU Affairs, Neale Richmond, has called on the British Government to drop unworkable technology proposals for the Irish border and find real solutions to agreements made during phase 1 of Brexit negotiations to establish a defined customs partnership.

Luas commuter chaos must come to an end – Richmond

Legal certainty is critical for the aviation sector post-Brexit, a Fine Gael Senator has said.

Suggestions from the British Prime Minister that she may look at the border between the USA and Canada as a model for the island of Ireland post Brexit have been dismissed as completely unworkable by a Fine Gael Senator.

Welcoming the speech by UK Labour Leader, Jeremy Corbyn, to students at Coventry University, Fine Gael Senator and spokesman on EU Affairs, Neale Richmond, has stated that his stance on Brexit is a sensible departure.

LUAS must get back on track – Richmond

Luas stakeholders must get their act together as the mounting problems related to the rollout of the Luas cross city are eroding public confidence in the service, a Fine Gael Senator has said.