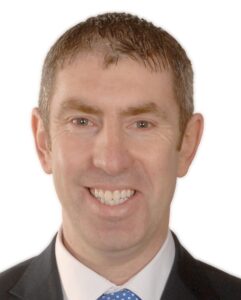 Committed Community Activist
Married to Leona with two children, Siún (4) and Cormac (2)
Graduated from UCC with B.Comm. (Economics, German & Politics) and MBS (Government)
Worked in the European Commission in Brussels and Luxembourg in the Directorate General for Health and Consumer Protection
Former member of the European Health Security Committee and the European Stockpiling Committee
Former voluntary Director and Board Secretary of SECAD (a Local Development Company, which administers E.U. funding to local communities in Cork)
Active member of G.A.A. & Ballincollig Tidy Towns
Cainteoir Líofa Gaeilge