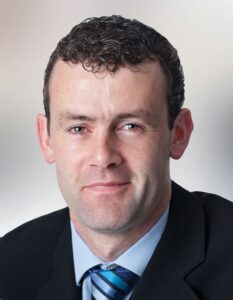 Ivan was first co-opted to take Deputy Martin Heydon’s seat following the 2011 election. He is an active public representative, a member of the local Kilcullen IFA branch and is chair of the community alert group. He is also at present a senior player with St. Laurence’s GAA club. A competent and effective elected member he has been heavily involved in acquiring funds for the new Cookstown National School which is currently being built. Furthermore he worked hard toward the recent completion of the new Community Centre, Teach Diarmada. Going forward he intends to have concerns addressed in terms of the grid link project, to have commercial rates reduced and he will seek political reform in terms of how the new County Council manages to ensure local services are provided more efficiently and is looking forward to serving his local electoral area to the best of his ability.