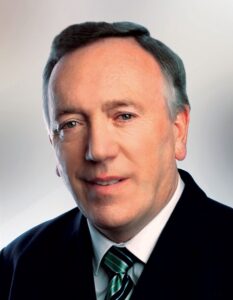 Stephen was first elected to office in 2009; he is married to Bridget and they have two adult daughters. He is a member of the Mid West Regional and the South and Eastern Regional Assembly. He is involved locally with Croagh Kilfinny GAA club. A man of few words but much action Stephen gets on with the business of delivering the essential services required by his electorate on a day to day basis. He is a natural leader and is a strong, effective, capable and experienced public representative.

Stephen was elected as Mayor of Limerick City and County Council for 2017-18.