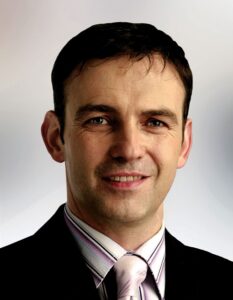 Dara was first elected to office in 2009. Married to Colette, they have two children. He is in the retail industry professionally, and is involved in the Coolaney Development Association as well as the Coolaney Tidy Towns. In terms of sporting organisations he is also involved with the local soccer club and he is a member of the Coolaney-Mullina Brena GAA club. He has been involved in the execution of many successful projects including the refurbishment of Coolaney School and also has recently secured considerable funding for a feasibility study for a mountain bike track in his local electoral area. He endeavours to do everything within his power to serve his electorate to the best of his ability.