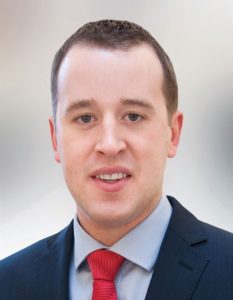 John is a dynamic, sharp, effective and energetic public representative. A Physical Education and Geography Teacher at St. Paul’s Community College by profession, he is on the board of Waterford Airport, Splashworld and the Theatre Royal. He is a member of Faithlegg Golf Club and is involved with many clubs and groups throughout Waterford City, including De La Salle GAA club.