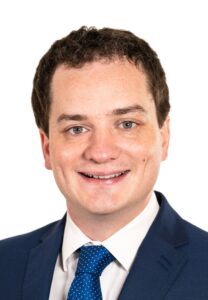 “A New Young Voice for the Enniscorthy District!”
About Cathal:
Cathal is 27 year old apprentice Solicitor from Brookhill, Ballyhogue – the eldest son of Peter, a beef farmer and Theresa, a primary school teacher. Educated at Kiltealy NS, Boolavogue NS and the FCJ Secondary School in Bunclody, he graduated from Trinity College Dublin with an Honours degree in Law and Business and a Master’s in Law.
He has worked in an Enniscorthy-based Solicitor’s office for the past three years and will qualify as a Solicitor in 2020.
Cathal previously worked as a lifeguard in the Waterfront Swimming Pool Enniscorthy, on the successful Congressional election campaign of Joe Kennedy in Boston (grandnephew to the former US President) and in the Office of the Irish Attorney General.
Community Involvement:
Cathal plays Junior football for Ballyhogue GAA Club and is in his fifth year serving as Club Secretary. He was first elected Development Officer with the Wexford GAA County Board in 2015 helping clubs obtain infrastructure grants. In this role he chairs the Ferns Centre of Excellence Project team which delivered purpose built facilities in Ferns for underage and adult county teams under Phase Two, 2018.
He is the current Chair of Bree Community Employment Project Ltd working to help participants gain employment with local businesses through work placements and training.
He is a proud member of Wexford Macra na Feirme and competed in the 2018 All Ireland Impromptu Public Speaking Final.
He is a player and committee member of Castledockrell United FC for the past ten years having played underage soccer with Bunclody.
Election Priorities:
Job Creation: working to secure further investment, quality jobs and broadband for the Enniscorthy District.
Roads, Housing and Planning Policy: pushing for quality services, roads and housing while ensuring accountability and value for tax payers’ money.
Being Active Locally: Assisting local businesses, famers & community and voluntary organisations throughout the Enniscorthy District.