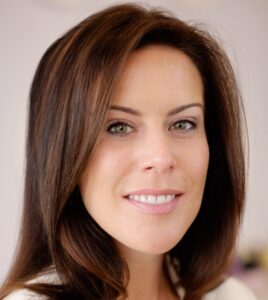 Jennifer was elected as a TD for Dún Laoghaire, in the recent General Election.

Prior to that, she was a full time Councillor, and a member of Dún Laoghaire Rathdown County Council. Her seat will be filled by co-option in the coming weeks.

She is committed to serving its people. Since being elected on her first attempt in May 2019, she has prioritised families experiencing homelessness and domestic abuse awareness. Jennifer has supported, and personally assisted a number of homeless women with small children to find appropriate accommodation. Jennifer has also worked closely with Coercive Control Ireland to raise awareness of this issue.  Coercive Control became a criminal offence in January 2019.

Reducing carbon emissions by protecting and developing public transport facilities and better recycling and waste management are also part of her local agenda.

She is passionate about politics as a tool to improve social justice, opportunity and fairness. Jennifer’s vision for the future of Ireland is a strong economy, full employment, at the centre of Europe and a compassionate country that supports all its people. Her values are integrity, compassion, respect, equality and family. She is hard-working, determined and empathetic.

In October 2019 Jennifer was selected by Fine Gael to run in the 2020 General Election.  If elected, Jennifer will continue to work for her constituents at a national level, drawing on her decade of experience working in Government on policy and legislation.

Working within the Department for Housing Planning and Local Government as a Special Adviser, Jennifer worked on long term strategic state planning and the National Planning Framework to deliver environmentally responsible and sustainable development of cities and towns. Jennifer was integral to the establishment of the Land Development Agency. This was designed to make the Irish state a counter-cyclical and competitive force in dampening long-term land price speculation.

Jennifer was appointed as Special Adviser to the Minister for Justice and Equality in 2013. Here, Jennifer worked on legislation to make all families equal, to give grandparents and unmarried parents stronger legal rights and to protect the child in court proceedings. She also worked on the reform of the legal profession and family reunification of Syrian refugees.

Following the 2011 General Election Jennifer was appointed as Special Adviser to Minister for Children and Youth Affairs Frances Fitzgerald TD. In this role, Jennifer worked on legislation which included the Children’s Referendum and moving the responsibility for children in care from the HSE to Tusla as well as overhauling the legal frameworks on adoption and adoption rights. Jennifer also worked on removing children from the unsuitable adult prison St. Patrick’s Institution to more child friendly facilities.

In 2008, following appointment as Legal Adviser in the Office of the Leader of Fine Gael, she worked on equality and inclusion, victim’s rights in the criminal justice system and reform of the childcare system.

On finishing College, Jennifer was employed by the Association for Criminal Justice Research and Development to do a national study of the issues facing children in the Children Court. This study highlighted the long term and often inter-generational disadvantages of individuals before the Children Court. Jennifer was also an advocate for better conditions for prisoners in Mountjoy.

Jennifer was raised in Castleknock and educated at Loreto College, Stephens Green and Trinity College Dublin. On completion of a Masters in Politics at UCD, Jennifer began full time work as a PhD researcher on strengthening democratic political institutions. She completed her Doctorate in UCD and was awarded her PhD in Public Policy and Political Science in 2014. She continued her studies becoming a Barrister. In 2015 Jennifer won the Basil Chubb Prize for the best PhD politics thesis in Ireland.   Her work was subsequently published in an academic book, “The Politics of Judicial Selection in Ireland” which was nominated for the 2017 Law Book of the Year.

She is a member of the Eastern and Midlands Regional Assembly & Joint Policing committee.

Jennifer lives in Killiney with her husband, son and two stepdaughters.