Athlone based Senator, Gabrielle McFadden has welcomed the announcement of a ‘Support Fund’ to address the hardship experienced by commercial eel fishermen and women. 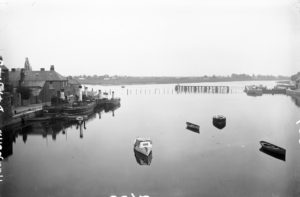 “While this payment may be overdue, I believe that it will be welcomed by those directly affected by the decision to put a halt to eel fishing. The circumstances of everyone involved will vary but the fund is available to all commercial eel fishers who held a licence (or an eel fishing permit from the E.S.B.) in the 2007 season.”

“It will comprise of a tax-free sum to be paid to licence or permit holders in respect of each of the five reckonable years (2003-2007) for which they were a licence or permit holder, which could run to a total of €7,000. There will also be a taxable payment based on the average of their catches for the years 2003-2007 which could amount to anything between €1,000 and €23,000 depending on the average catch.”

“The scheme will open for applications from Monday 22 October 2018 and applications must be received by 5.00pm 30 November 2018 and will be administered by Inland Fisheries Ireland. If anyone requires assistance in completing the application, my office will assist them.”

Gabrielle McFadden is a member of the 25th Seanad and serves as Government Chief Whip within the Seanad. Gabrielle is…

Left Bank Loop Would Add To West Side Story - McFadden

Fine Gael TD for Longford Westmeath, Gabrielle McFadden, has said that the Government has expanded the eligibility criteria for the…