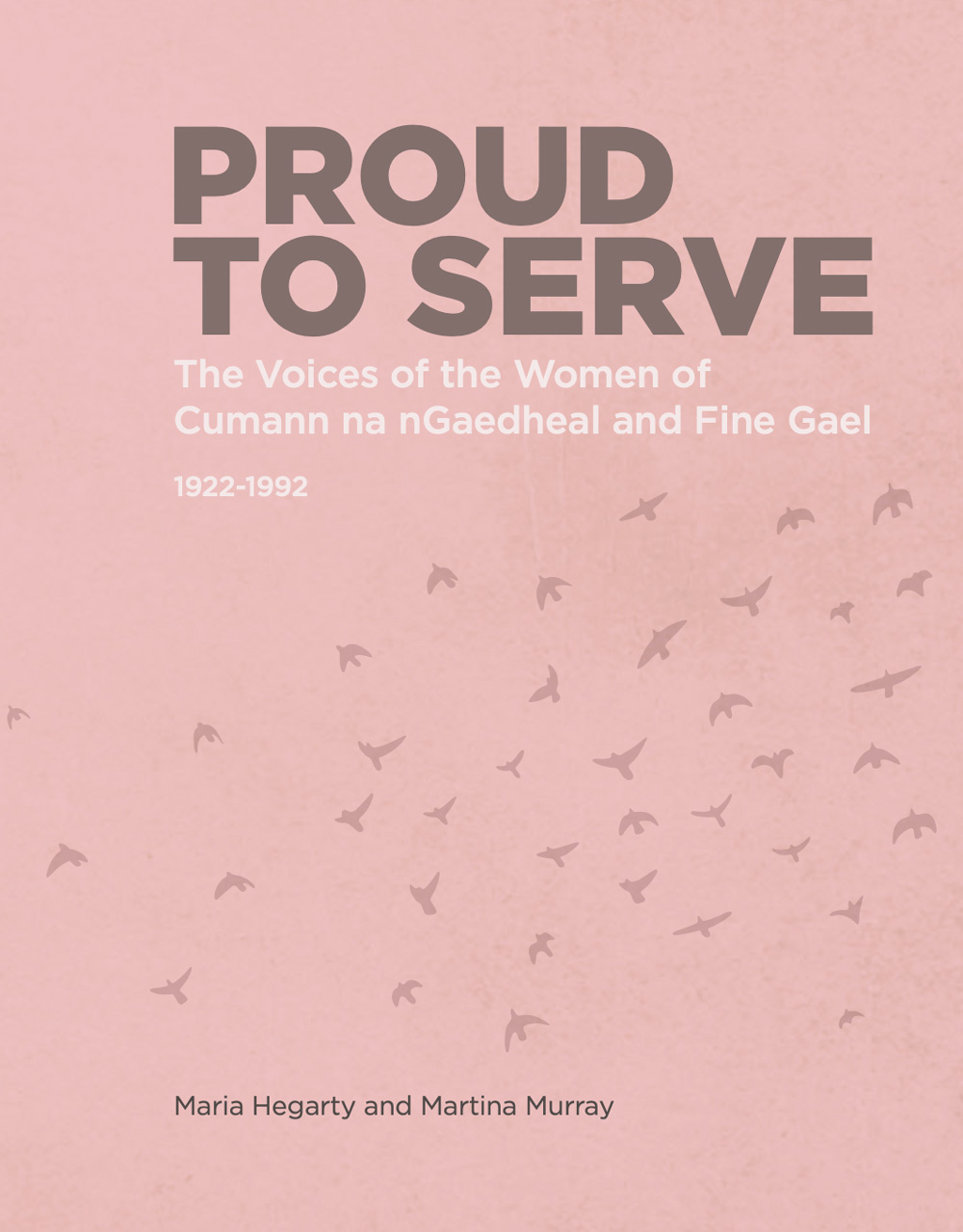 The book is available for €20, including postage and you can order your copy below.

Women have been active in political parties since before the foundation of the state, yet very little is known about female politicians or their achievements. The current era of state centenary celebrations offers a timely opportunity to address this gap, and to hear from those women who served as public representatives both nationally and in Europe.

Proud to Serve uncovers the achievements of twenty-eight women who had successful political careers with Cumann na nGaedheal and Fine Gael. Their voices are presented chronologically, in order of the date of their first election or appointment to the Seanad, Dáil and European Parliament, between the years 1922 and 1992.

From Jenny Wyse Power in 1922 to Frances Fitzgerald in 1992, this volume tells us something of their personal and political backgrounds, their motivations for getting involved and their experience of elected life. Through a combination of first-hand accounts, biographical details and resources from the archives, this timely book also affords us some insight into the issues that were prevalent during their time as public representatives, and their views about the future for women’s involvement in politics in Ireland.

The political voices in this book cast light on the influences and questions of the day, and in the process, not only challenge our understanding of the way politics has been contested and navigated, but also speak to us about what it takes to achieve change.

Their stories are fascinating. The picture that emerges is one of women who were hard working, tenacious and effective politicians. Their service and persistence in the face of the challenges and attitudes they encountered carved out a pathway for women in political life and helped advance the cause of equality for women in Ireland.

In bringing together the political reflections and accomplishments of these female politicians for the first time, Proud to Serve gives voice to the experiences of an extraordinary group of women. Each made important contributions to Irish politics and balanced many competing demands at a time when women’s participation in public life was particularly challenging.

The Fine Gael Women’s Network is holding a special free online webinar that is open to Fine Gael members and supporters, and to those interested in learning more. The book will be launched at that event by Fine Gael Party Leader, An Tánaiste Leo Varadkar TD.

When: Tuesday, 9th March 2021 at 7.30pm
Where: Zoom online videoconference

The webinar will include a discussion with notable female politicians, including:

Registrations for this webinar are now closed.

Please note: This event will be held online via Zoom and will require you to have access to the relevant software. A link to access the event will be sent to your email address in due course.

Cookies are small text files placed on your computer. They provide useful information to companies, and help in a number of ways. For more information on Fine Gael’s use of cookies and similar tracking technologies, please refer to our cookie notice