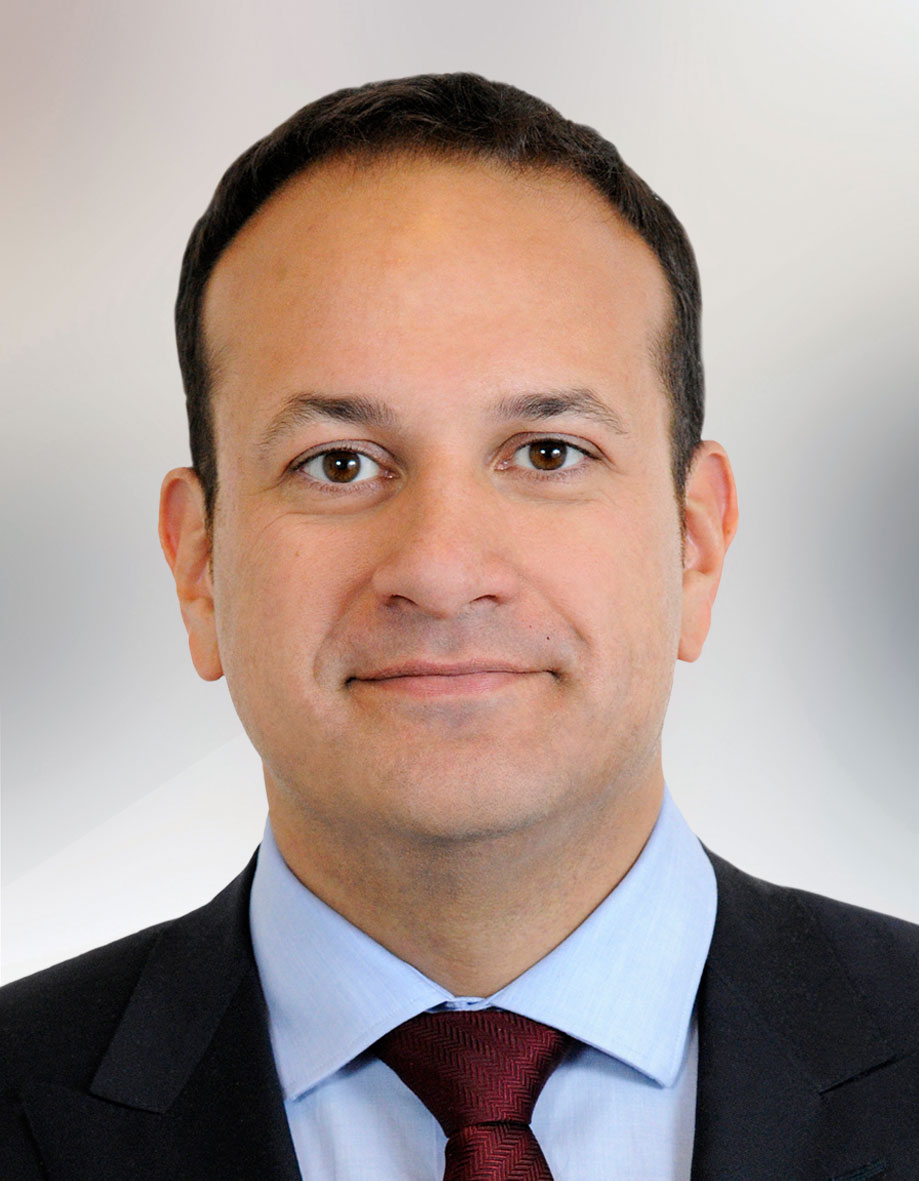 Tánaiste and Minister for Enterprise, Trade and Employment, and Leader of Fine Gael, Dublin West

As Minister for Transport, Tourism & Sport he led a number of bold initiatives, including The Gathering: the largest and most successful tourism initiative ever held in Ireland. He took the decision to link up Dublin’s heavy and light rail commuter network through the Luas Cross City project; open up more bus routes to competition; further develop the National Sport Campus; and grant independence for Shannon Airport. He also developed a new Road Safety Strategy and a National Ports Policy.

In his time as Minister for Transport, Tourism and Sport, the number of international visitors to Ireland has increased by one million per annum, while passenger traffic has increased through the three State airports and on public transport.

Born in 1979 and raised in the Blanchardstown/Castleknock area of west Dublin, Leo attended St Francis Xavier National School and The King’s Hospital in the locality, before studying medicine at Trinity College, University of Dublin and qualifying as a General Practitioner. He is a former member and Deputy Mayor of Fingal County Council, securing the largest personal vote in Ireland in the 2004 local elections. He chaired the EU Council of Transport Ministers during the Irish Presidency of the European Union in 2013 and served on the Foundation Board of the World Anti-Doping Agency (WADA). Leo likes watching rugby and Gaelic football, is a Dublin and Leinster fan and a fitness enthusiast who regularly takes part in running and triathlon events. He likes to travel, attend concerts and go to the cinema.

Leo has a particular interest in political and public sector reform. In Government he set up a more transparent public appointments process for State boards, publishes his expenses online, and dramatically expanded the role of parliamentary committees in the drafting of new policies and legislation.

The event organised by the Oireachtas Golf Society should not have happened. I understand how extremely difficult the restrictions have been for people and the enormous sacrifices we have all made.

The Leader of Fine Gael, An Tánaiste Leo Varadkar TD, has today (Monday, 10th August) expressed his sincere condolences to the family and friends of PJ Sheehan, former Fine Gael TD for Cork South West, on the sad news of his death.