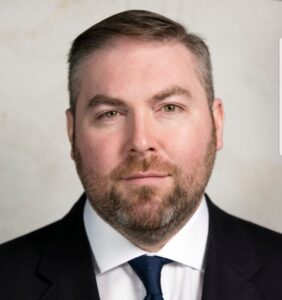 Barry was recently elected as a Member of Seanad Éireann, and as such, he ceases to be a County Councillor; a replacement will be co-opted in due course.

He contested the general election in the Dún Laoghaire constituency and was the leader of the Fine Group on Dún Laoghaire-Rathdown County Council. He represented Blackrock, including Booterstown, Deansgrange, Foxrock, Monkstown and Stillorgan since 2009. A practising barrister, Barry formerly worked in Leinster House as legal advisor to the Fine Gael Leader, Enda Kenny TD and is originally from Deansgrange. During his time on the Council, he has worked tirelessly on various issues such as parks, recycling, parking, climate change, public transport, cycling infrastructure, coastal issues, disadvantage, local business and sound financial management. Barry is the leading strong proponent of the Sutton to Sandycove coastal promenade (S2S) on DLRCoCo and has fought hard for gender and marriage equality; he is the only councillor to have drafted his own bye-laws to give effect to legal change on DLRCoCo. and is a strong advocate for change on the Council meetings. Barry has attended UCD, Trinity College Dublin, the University of Paris and King’s Inns and is a member of the Fine Gael Executive Council.